“A great teacher is not a man who supplies the most facts, but the one in whose presence we become different people”

Our community sadly lost a pillar on 15th January 2021, when Prof. Dinesh K Sonkar left for his heavenly abode at the age of 55 years after a valiant battle with Neck Cancer.
Prof Dinesh Sonkar was born on 15th September 1965 at Bina (District Sagar), Madhya Pradesh. After completing his basic schooling from Bina, he joined as an MBBS student at MGM Medical College, Indore where he completed his graduation and post-graduation (M.S Orthopaedics) in the year 1989 and 1992 respectively. During his graduation, owing to his commitment to physical fitness, competitive sports and great singing and oratory skills, he was awarded with the reputed Mr MGM Award.
After completing his post-graduation in Orthopaedics, he served his alma mater as Senior Registrar from 1994 till 1996. He was selected as Assistant Professor, Orthopaedics at MGM Medical College, Indore through MPPSC in September 1997. During his tenure as Assistant Professor his paper on the innovative “Indore shoe” for maintenance of clubfoot was shortlisted for the prestigious A.A Mehta Gold Medal Paper competition at IOACON, Jaipur 2000. This innovation got appreciation all over the country bringing recognition to the department and Indore.
He held the post of Associate Professor at MGMMC, Indore from 2003 to 2007 when his discipline towards work, incredible surgical skills, his ability to execute a variety of complex surgical procedures in a perceptibly simple way and his dedication to undergraduate and postgraduate teaching got admiration amongst his colleagues and students.
He served as Professor and Head of the Department at SRS Medical College, Rewa from 2007 to 2010. It was under his able leadership that the Post Graduate Degree Course got recognised by M.C.I at SS Medical College, Rewa. His tenure at Bundelkhand Medical College, Sagar from 2010 till 2013, laid the keystone for building from scratch, the Orthopaedic department at Bundelkhand Medical College. He led the department from the front and expanded its horizon by demonstrating various novel orthopaedic procedures like arthroplasty and spine surgery.
He joined as Professor, Orthopaedics at MGM Medical College, Indore in 2013, where he was promoted as the head of department after the retirement of his predecessor Dr Pradip Bhargava in 2014. Under his headship the department organized the National Postgraduate Teaching Course during IOACON 2017 at MGM Medical College, Indore. He was also the Organizing chairman for the 1st Alumni meet organized by Department of Orthopaedics in December 2017.
He was also the Principal of School of Physiotherapy till it became a part of MGM Allied Health Sciences Institute (MAHSI) in 2018. It was under his able supervision that Artificial Limb Fitting Centre (ALFC) got unparalleled reputation amongst the fraternity for offering good quality rehab aids for specially abled in Indore and its vicinity.
He has also been the President of Indore Orthopaedics association from 2015-16, which was a landmark year in the history of the association.
He has to his credit, presenting many research papers; countless faculty lectures and publishing several research papers in international, national and state level journals of repute. He chaired sessions in various national and state level conferences educating presenters from all parts of the country.
He was a problem solver and often took the difficult projects willingly and completed them with much ease. He has been a great teacher, enlightening the path for most of us.
Prof Dinesh Sonkar is survived by his wife Smt Tara Sonkar and two sons, Harsh vardhan and Yash vardhan Sonkar. Yashvardhan is pursuing MBBS from MGM Medical College, Indore and carrying forward his father’s dream.
His legacy will live in the hearts and minds of everyone he interacted with as well as those he reached as a teacher. 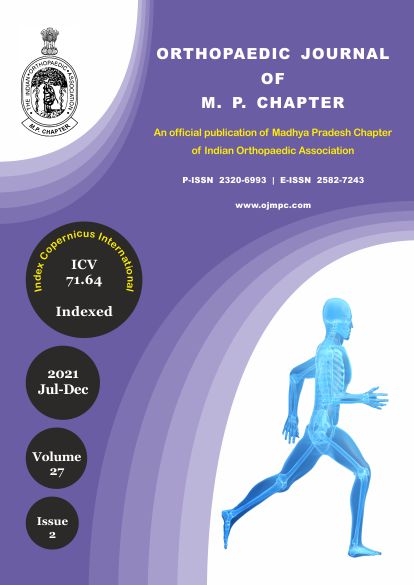 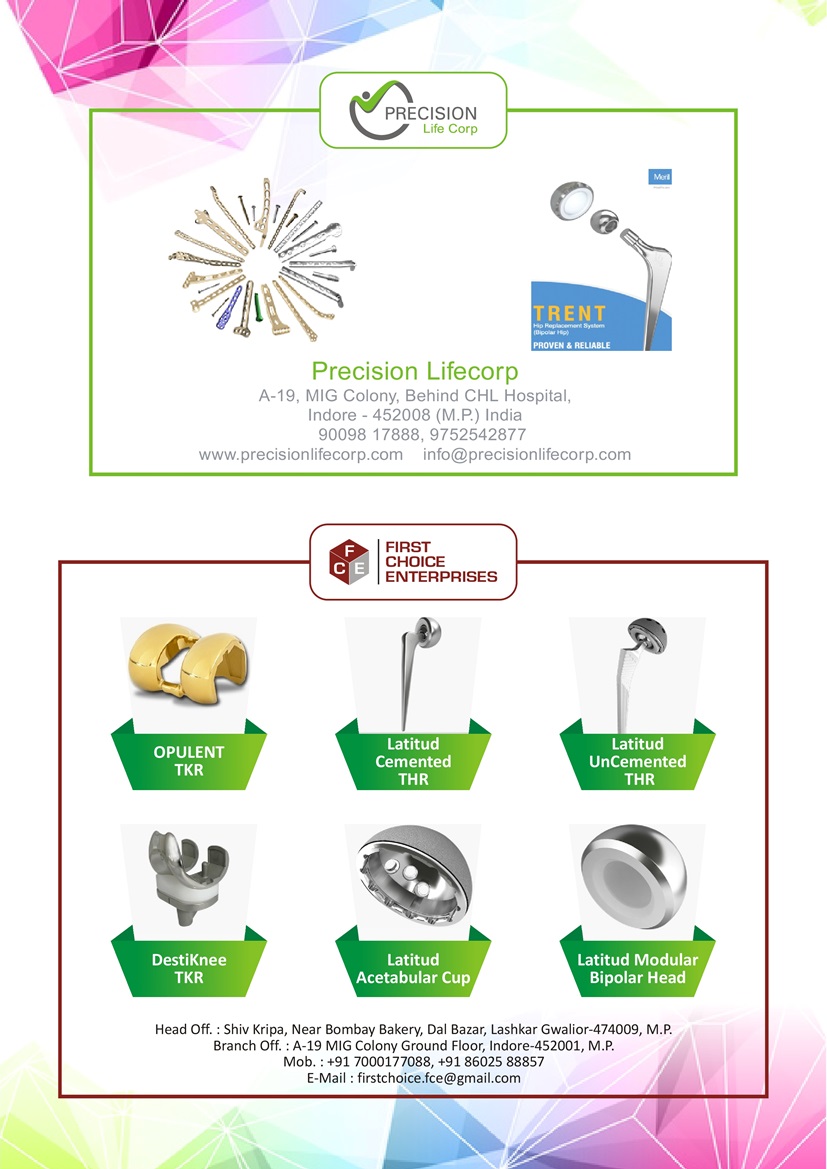 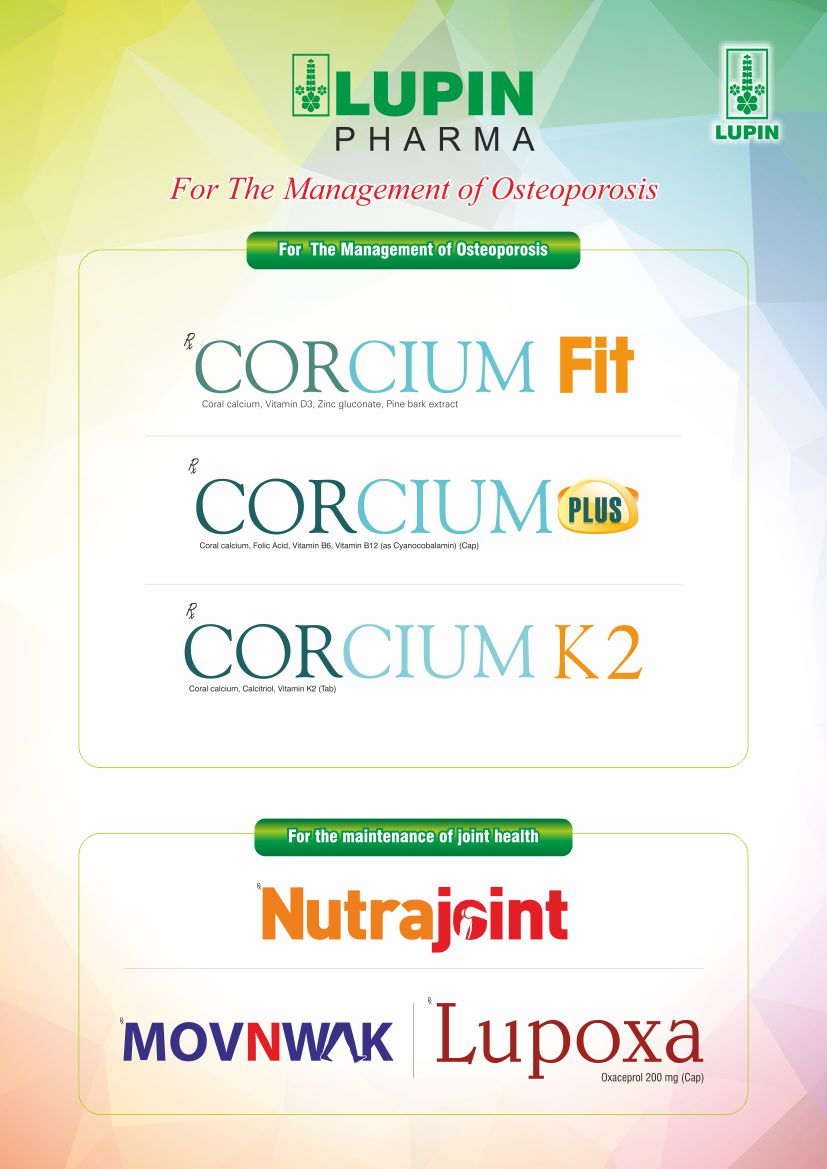